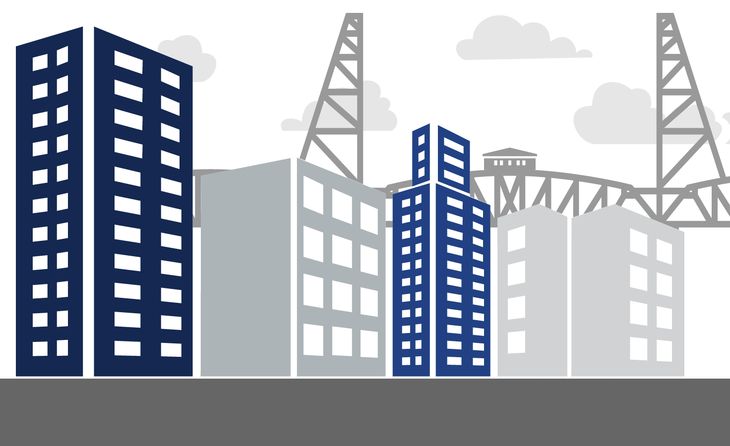 Portland office demand remains shaky, as a segment of the workforce has shifted to a remote work approach. Negative net absorption has caused office vacancies to creep upward, now sitting at roughly 12.1%, compared with the national index of 12.3%.

Tech and apparel sector leases are driving the bulk of absorption activity in the metro, and these tenants typically pay premiums to secure space, which has factored into recent rent gains. Despite its rising vacancy rate and high sublet availabilities, several major office leases have been signed in the CBD submarket in the past few quarters. This is good news for the central core, which was perhaps the metro's hardest hit area over the past two years.

The heavy leasing activity in Portland stands in contrast to space being returned to the market, as companies shrink their office footprints. Net absorption, at -540,000 SF year-over-year, remains deep in the red. Sublet availabilities are still hovering near record levels.

Over the past decade, Portland's structurally low vacancy rates, dynamic economy, and strong cumulative rent growth had heightened the metro's profile as an investment market. Office investment was muted in 2021, however. Trailing four-quarter sales totaled $663 million, versus the five-year average of $1.3 billion. Growth is likely to be somewhat restrained in the near term as buyers and lenders seek to understand the emerging dynamics in a newly mobile office workforce.

Not surprisingly, sales volume is consistently highest in the CBD, Portland's premier office hub. Nonetheless, locational trends favoring suburban assets are taking shape. Most of the metro's largest recent sales have been located outside of the urban cores, as some institutions are shifting portfolio strategies away from denser business hubs. 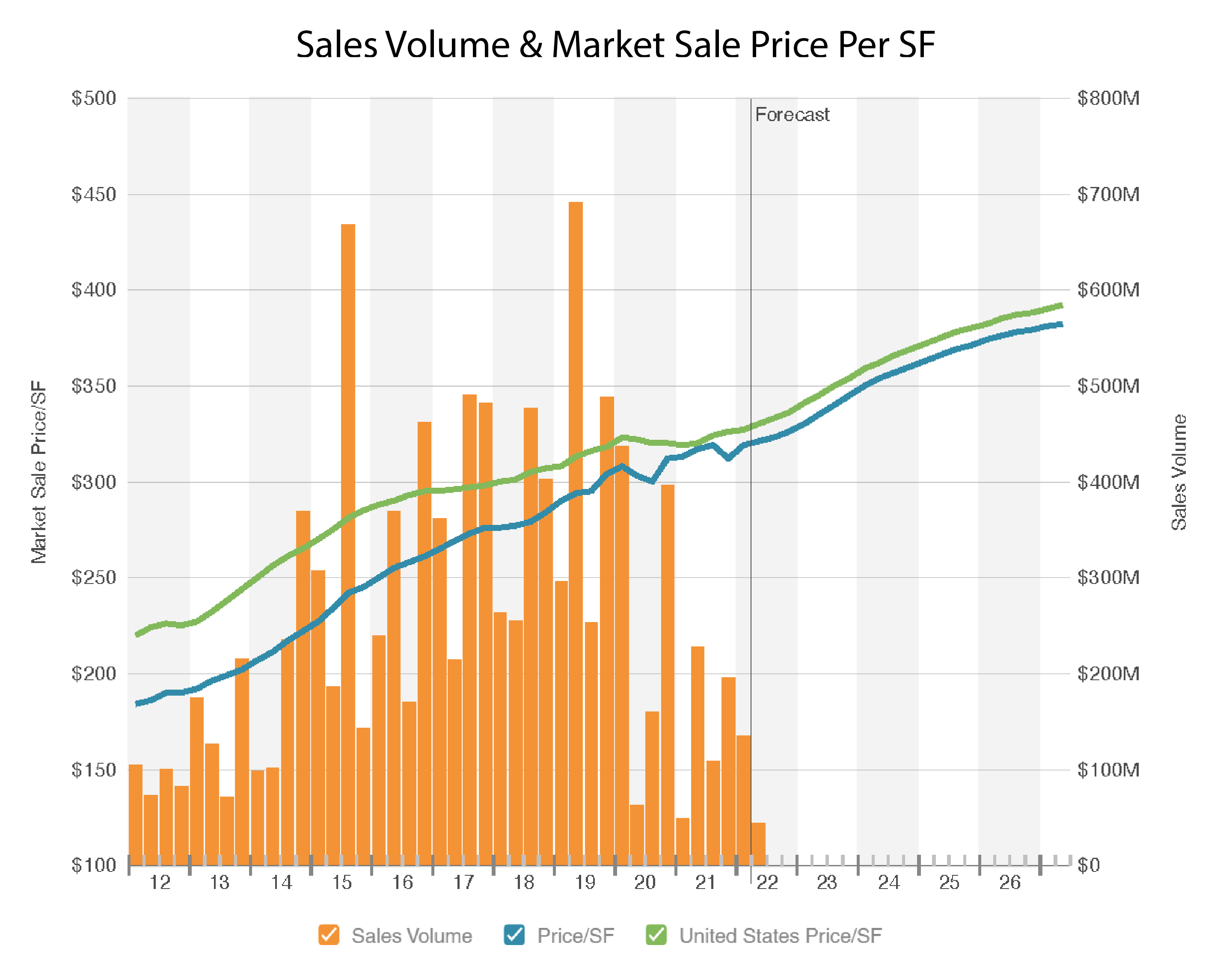 The largest speculative projects currently underway are clustered in the downtown core, as well as inner urban areas like Southeast Portland. In addition, creative office space continues to be in demand among tenants, developers, and investors. Some creative office developments are built from the ground up, such as the Field Office development in NW Close-In and Tree Farm in SE Close-In. However, repositioning existing buildings has proven to be the more popular approach.