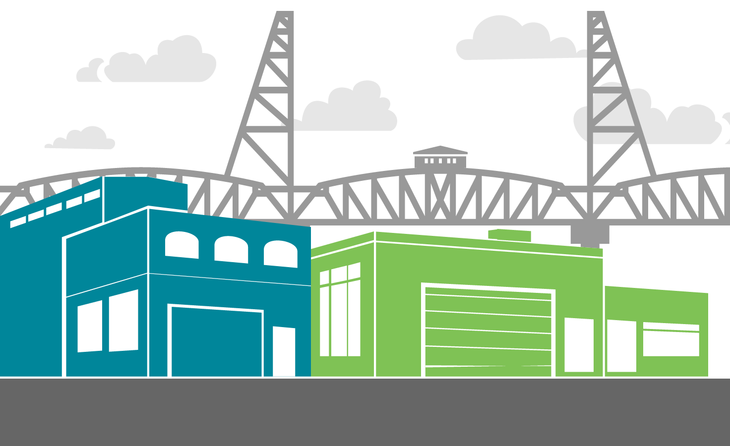 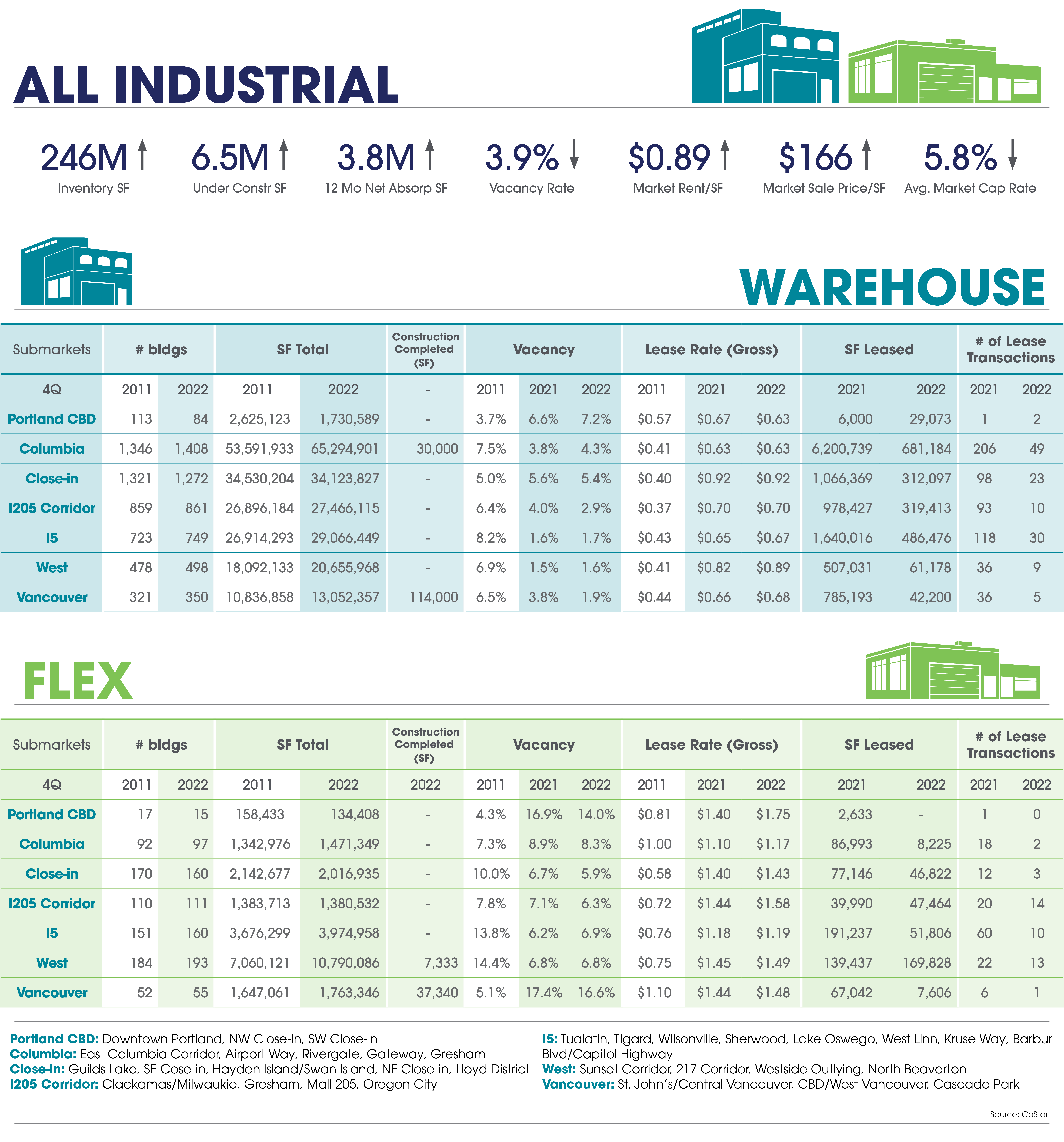 Portland's current vacancy rate of 3.9% remains below the metro's historical average of 6.6%, and tracks well with the national average of 4.1%. Record demand for logistics space continues amid supply chain constraints that are forcing companies to shore-up domestic shipping assets. In response, the development pipeline has heated back up. Several recent outsized logistics-related leases indicate there should be more companies lining up to fill the new product coming out of the ground, at least in the near term.

Distribution and last-mile industrial facilities will remain coveted in the near- to mid-term. Consumer goods spending could moderate, given external factors, but isn't projected to taper significantly in the coming quarters. In response, companies may look to shore up their domestic shipping assets in order to combat supply-chain issues that are plaguing the broader global markets.

Though Portland has traditionally been a smaller market with mostly private party transactions, major portfolio trades have boosted overall volume totals in recent years, as institutional capital continues to pour into the market. As of 22Q1, institutional buyers made up around 30% of sales volume over the past year, most of them originating from outside of state lines. A decades-long run-up in pricing for Portland industrial assets has resulted in the market sale price nearly tripling, spiking from around $65/SF in 2010 to $166/SF today. 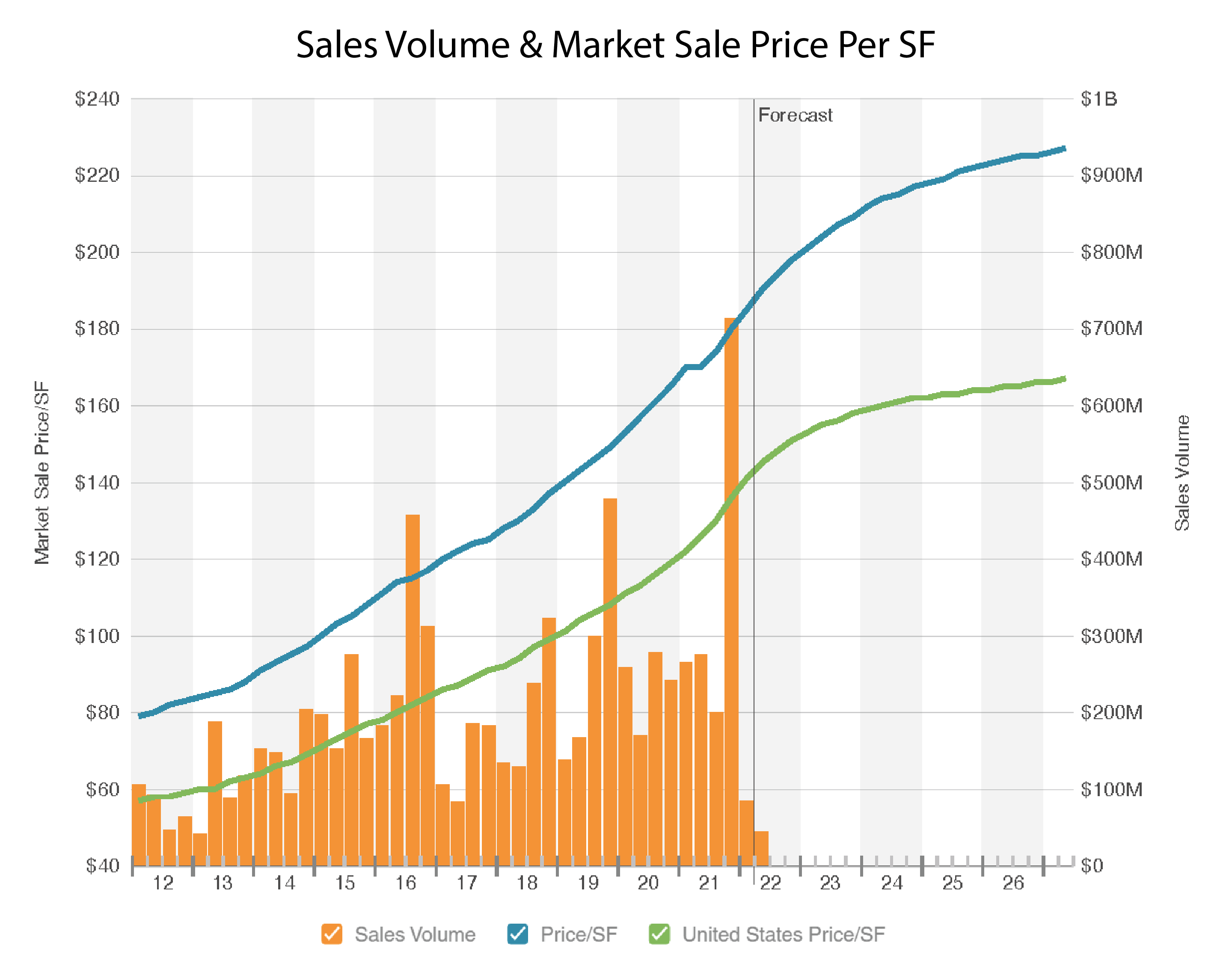 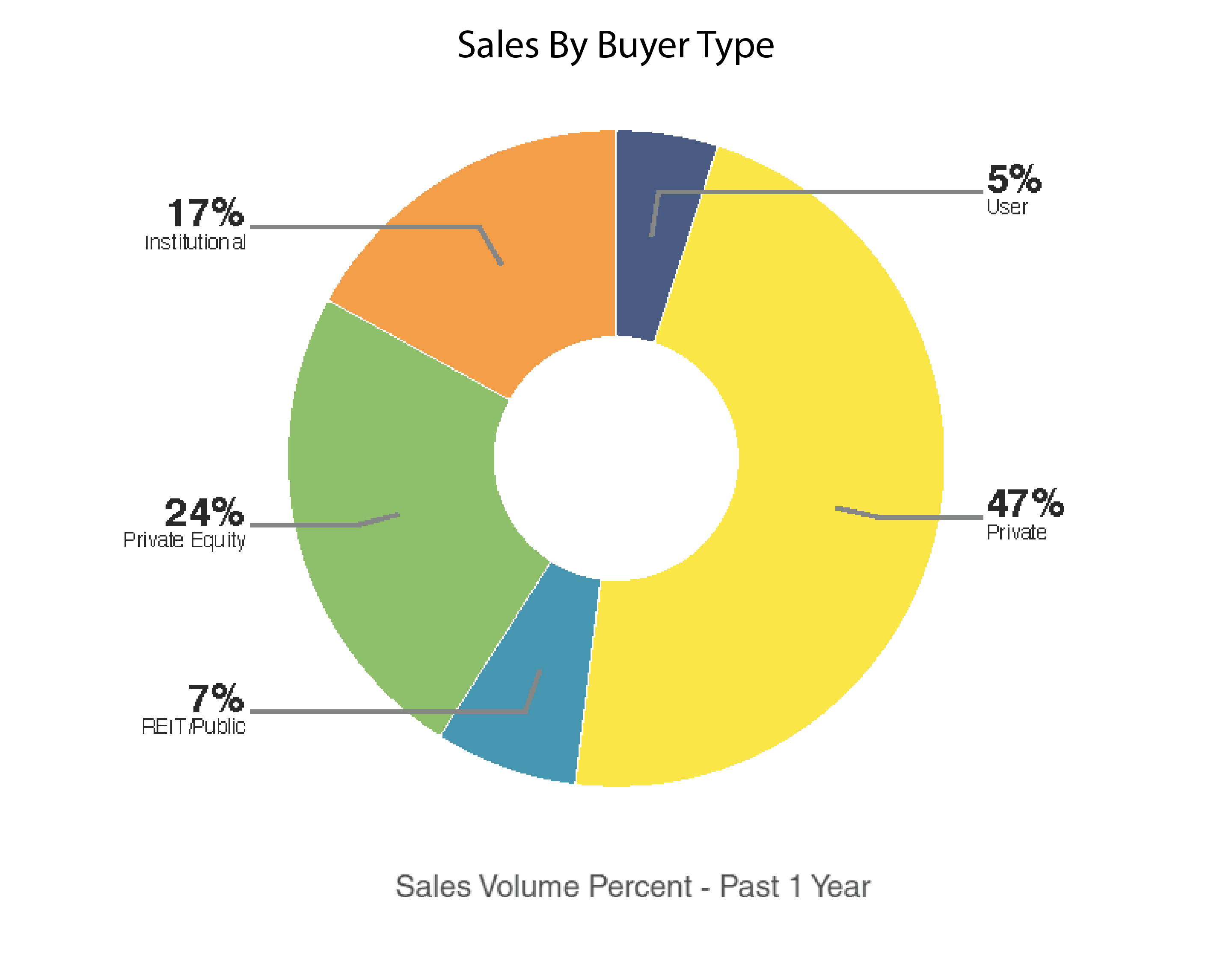 Inventory has grown by 11.8% over the past decade, compared with national inventory growth of 11.3% over the same period. A notable percentage of industrial product currently in the pipeline, however, is destined for owner-occupancy.

Along with substantial build-to-suit construction, tight vacancies and increasing demand from logistics services providers should keep speculative development steady in coming months. Of all space under construction, about 40% is available for lease, and this share could inch up in future quarters.