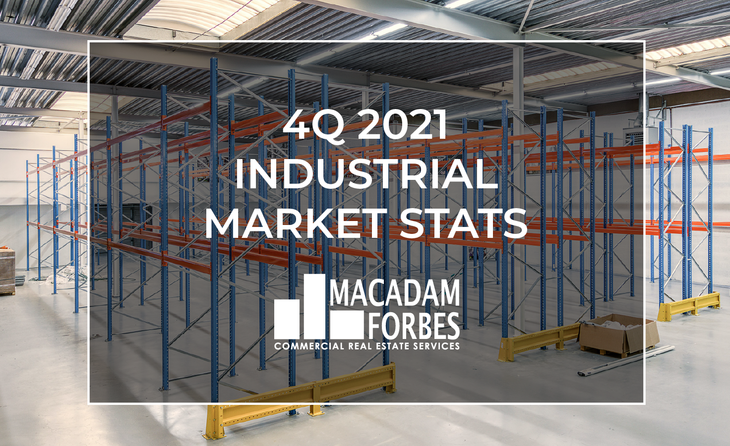 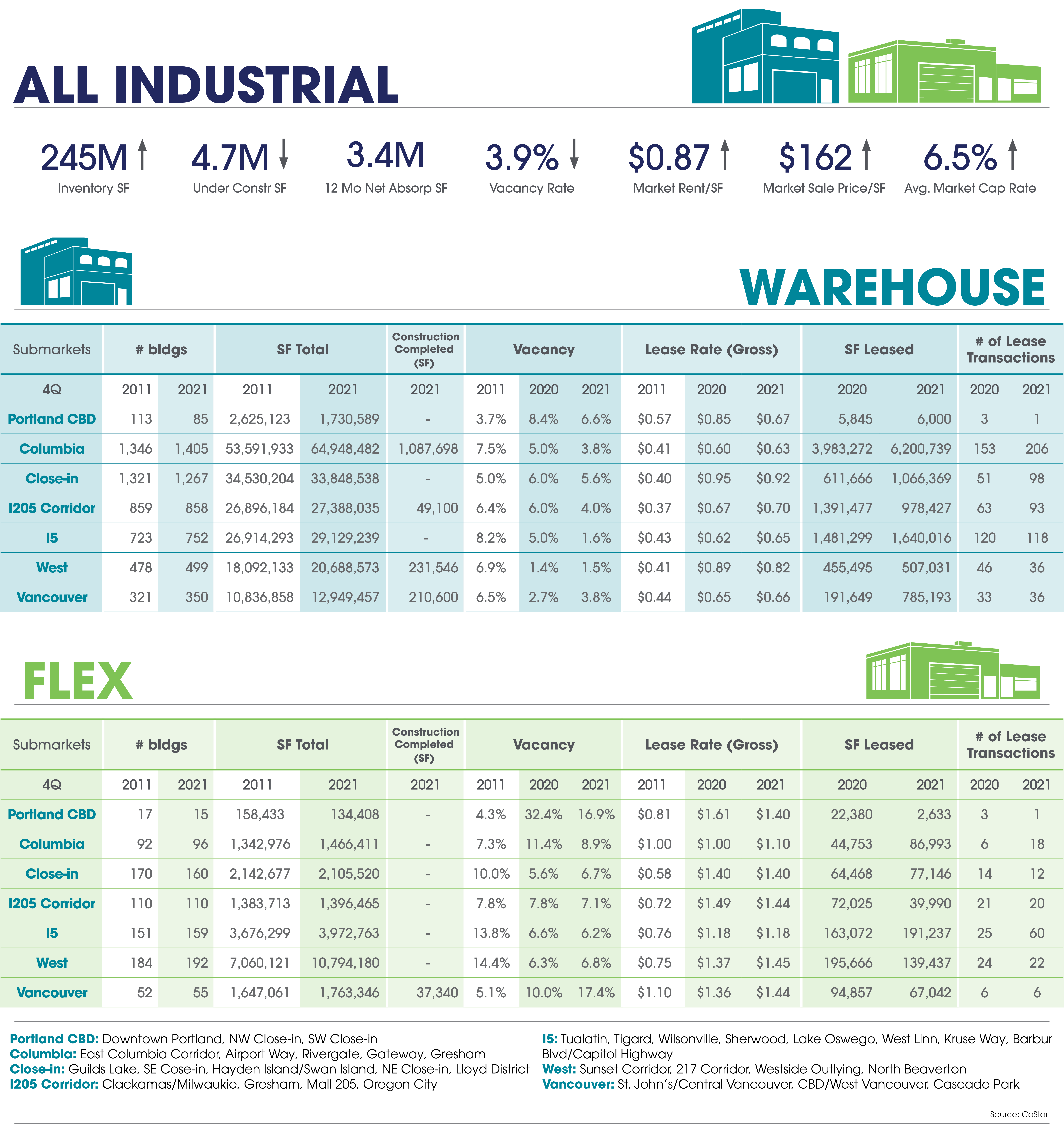 The Center on Budget and Policy Priorities has created a chart book which tracks the Post-Great Recession Economy. The Business Cycle Dating Committee of the National Bureau of Economic Research (NBER) declared on June 8, 2020 that “the economic expansion following the trough in April 2009 peaked in February 2020. On July 19, 2021, it announced that the trough of the ensuing recession was in April 2020. While the recession was very deep, it was the shortest on record at just two months.” Portland’s commercial real estate market recovery from the Great Recession truly took hold in 2011, steadily growing until this most recent turn of the economy. Looking back at 2011, we see how far we have come, and what is predicted to be the “new normal” for Portland’s commercial real estate market.

Thanks to the growth of e-commerce and delivery services, Portland's industrial market has navigated the COVID-19 era more smoothly than other commercial asset types. Leading indicators like vacancy and rent growth remain strong.

Portland's current vacancy rate of 3.9% remains significantly below the metro's historical average of 6.7% and tracks well with the national average of 4.2%. Historically high demand for logistics space continues, especially given current supply chain constraints that are forcing companies to shore-up domestic shipping assets. In response, the development pipeline has heated back up and several recent outsized logistics-related leases indicate there should be more companies lining up to fill the new product coming out of the ground, at least in the near term.

There is a sizable amount of industrial construction in Portland that will be owner-occupied or preleased, and thus won't impact market dynamics significantly. Intel's 1.5-million-SF expansion to D1X at Ronler Acres accounts for around 30% of the total industrial square footage under construction in the metro. Intel's moves come in the wake of several large domestic manufacturers nationwide choosing to increase local manufacturing footprints. 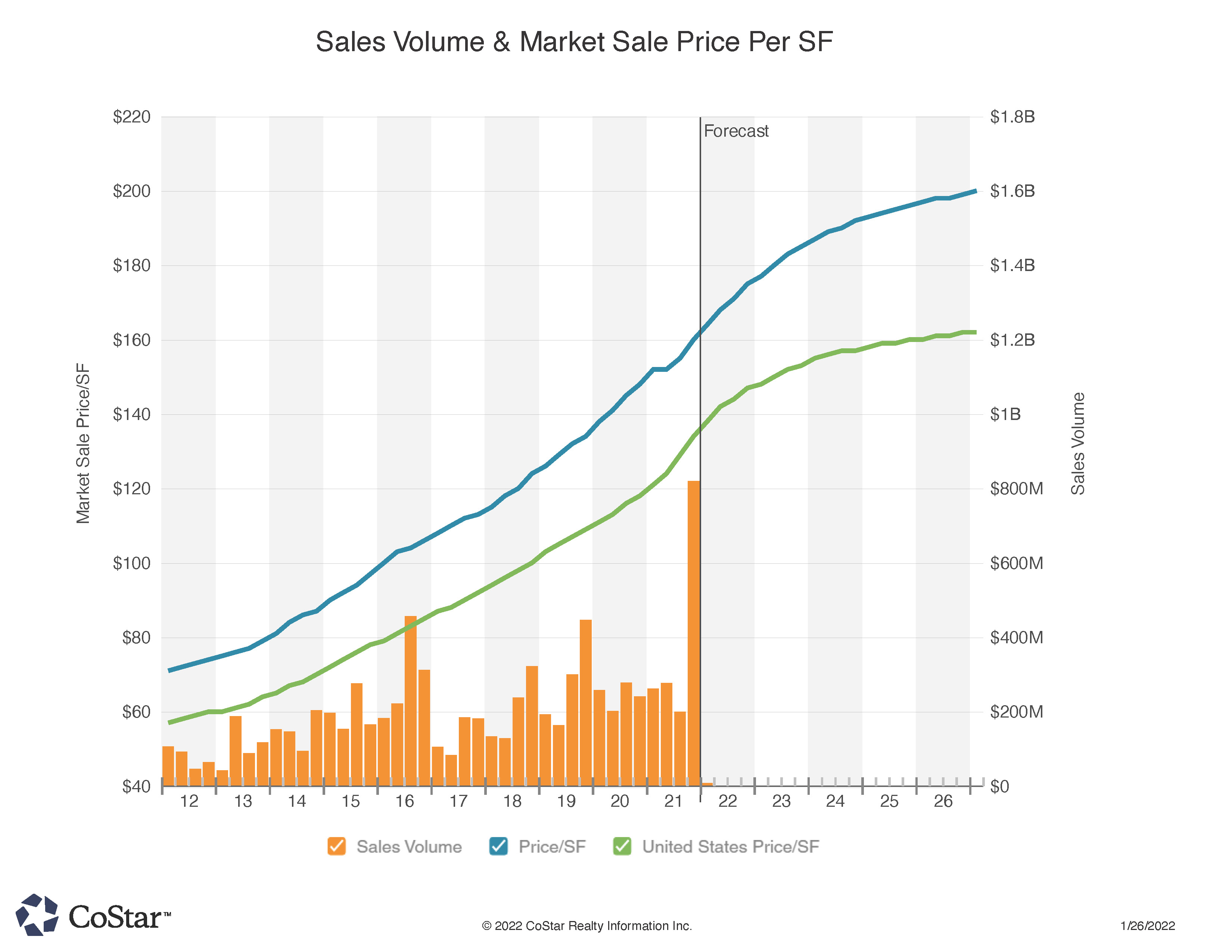 The industrial sector's stability continues to draw investors to the region. Average pricing, which more than doubled over the past decade, continues to rise at a steady pace, and average cap rates have compressed below 6%. Increased exposure to trade at the Port is becoming evident, as shippers look to avoid logjams at larger West Coast ports and make increased vessel calls to Portland.

The explosive growth of e-commerce that has hurt the retail market has boosted industrial assets. Increased demand for distribution and last-mile industrial facilities should remain elevated in the near- to mid-term, as consumer spending isn't projected to taper significantly from record levels anytime soon. Companies may also look to shore up their domestic shipping assets in order to combat supply-chain issues that are plaguing the broader global markets.

Though Portland has traditionally been a smaller market with mostly private party transactions, major portfolio trades have boosted overall volume totals in recent years, as institutional capital continues to pour into the market. As of 21Q4, institutional buyers made up over 30% of sales volume over the past year.
(Source: CoStar)